The King’s Black Dragon Tattoo is All Right

Last week I announced the beginning of my Mission Oscar Snob 2011. You may have noticed that on my saved list, I have made a LOT of progress this week! So I thought it was time for an update and thoughts on some of the possible Oscar worthy films this year (all according to EW of course). Here are the movies I’ve seen and a few quick thoughts on each (no spoilers I promise!). The titles of the movies have links to their trailers! I will also share the number of

I intend to give it on Netflix….here is the code:

(NOTE: I apologize for the crazy spacing in this post...Its not me...when I use Blogger (or even use Live Writer) its impossible to predict how the spacing turns out when I press the publish button for a post....and then gets worse when I try to fix it....I am working on this) 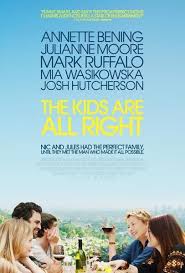 I started the week by renting The Kids are All Right. I really liked this movie but it was and wasn’t what I expected at the same time. I think I expected a bit more comedy…but with the way the plot worked I think the amount was perfect. There were challenging moments for the characters that I wasn’t expecting….and points in the plot that weren’t quite as bumpy as I was expecting. Knowing the main couple were lesbians raising kids, I expected them to want to break some stereotypes, and they did, but not in the obvious ways. It also pushes some boundaries and makes you realize that no matter how open minded you might be, its possible to subconsciously expect different things from a non “traditional” couple. All in all I think it’s a good movie that’s worth seeing. 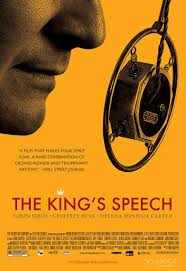 The next day I went to see The King’s Speech with my friends Liz, Lauren, & Danielle! I was really looking forward to this movie because I LOVE Colin Firth (he is sort of my older actor crush). It did not disappoint! I think this drama had a great balance of touching realness and comic relief. It was very interesting to see that point in history how radio was changing the relationship between the Royal Family and their subjects. Its kind of cool that this is a true story as well. I loved the character of Bertie, and watching him as he learns his own strength. By the end if the movie you could really feel for him and your are holding your breath with the rest of the characters to see if he can successfully conquer his stammer! I really thought it was a fascinating story and I would recommend this film! I think so far I’m on Team Firth for best actor (and maybe even Team Rush for supporting)! 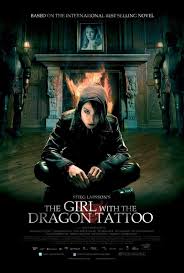 My next movie adventure was streaming the foreign film The Girl With The Dragon Tattoo. Now I have to admit, I may have missed parts of this movie. It is a pretty long movie…and having to read subtitles the entire time I think wore on my eyes and I started to doze. So I revisited the next day and was doing a few necessary chores while I was watching….so I am sure I missed a few lines. That being said…I thought it was a really cool crime movie and it made me excited for the US version of this film (which I think is being filmed right now). I was confused about a few things but I could sort of tell it was because I must have missed something. But in general it was a cool mystery with an interesting resolution. If you are going to watch this film though, be warmed that there are some scenes that are quite shocking/graphic. I thought it was good. I think I’ll like it better when its not so easy for me to miss a few important moments. If I spoke Swedish…it would probably have another star (is that bad? Its just that subtitles take a lot of effort!). 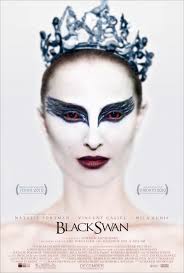 Last night my friend Shirin and I went to go see Natalie Portman in Black Swan. WOW this movie is INTENSE! A lot of people who like scary movies say “no this movie isn’t scary…it’s a psychological thriller!” They are correct….but for those that don’t LOVE scary movies…..it definitely has its creepy/scary moments…I have to say it is a film that emotionally exhausts you…and makes you think…a lot. But let me tell you Natalie Portman did an AMAZING job and is definitely my personal front runner for Best Actress. Mila Kunis did a really good job herself. Be prepared for some freaky and also raunchy scenes in this film. I personally think it was really good. Definitely something I’d have to be in the mood to watch again though. 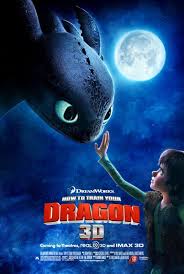 Today my next Netflix movie arrived in the mail: How to Train Your Dragon. This movie surprised me a lot. Based on catching the joke glimpses in trailers and with a title that seems sort of….ummm…silly? (Not sure that’s the word I’m looking for)…it really didn’t seem like it was going to be that great of a plot/story. But honestly it was a really sweet movie. Milo even was entertained by a few scenes. And to be honest the relationship between the boy Hiccup and his found dragon Toothless reminded me a lot of the really cute moments in my relationship with Milo! And Mom & Dad…did you know Craig Ferguson was a voice in this film!?!?! It was a cute movie with a nice plot, good characters, and a few nice messages. I sort of wish it had a better title but I guess I don't really have any good suggestions either. I would recommend it and I can see why it could be in Oscar contention (although I think Toy Story 3 is the animated front runner). This gets 4 stars from me!

That’s all for now! I don’t think I’ll have this productive of a week again…but I’ll be sure to keep everyone posted as I see more films! And remember you can always keep track of my progress here!

Has anyone seen any of these movies? Have comments on them? Agree/Disagree? Want to see them??  Let me know in the comments!!
Posted by Laura at 11:19 PM