This past weekend my friends Sarah, Avi, and I headed over to National Harbor to check out the Chesapeake Crab and Beer Festival!! We each had a Groupon that got us a discount on the “unlimited beer and wine tasting.” Since the crabfest was on Saturday around noon, we took advantage of my new apartment’s proximity to the harbor and free parking, met at my place, and took a cab over to the fest.

We were a bit worried when we first got to the event because there was a huge line to get in. But the line moved fast and it didn’t take long to get inside. Before we knew it we had our souvenir glasses full. 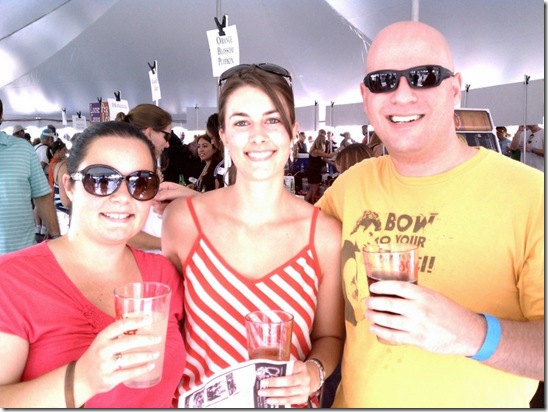 After trying various brews (along with a few selections of wine, cider, and hard ice tea/lemonade/cola)…we were ready to eat. Avi grabbed a half dozen crabs while Sarah and I opted for the crab cakes. 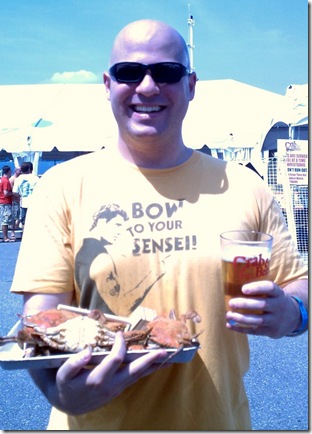 We had some great lunch conversation… 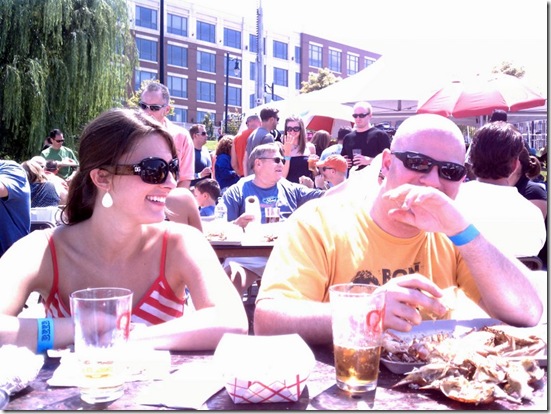 And Avi showed us the proper way to eat crabs!!! 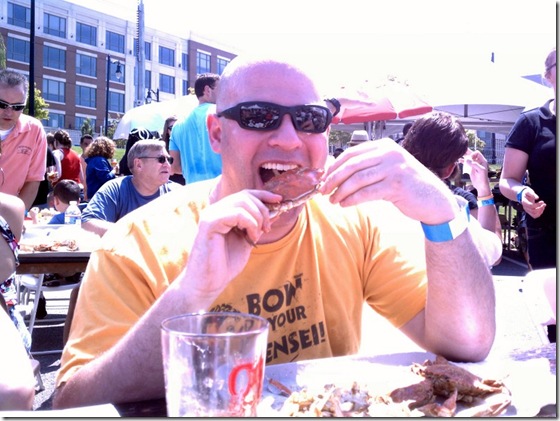 Ok ok ok…that’s NOT the proper way…but he did show us how…and I tried some crab. I’ve still decided that cracking open a crab is not for me…but the crabcake was really good! Here is Avi’s aftermath… 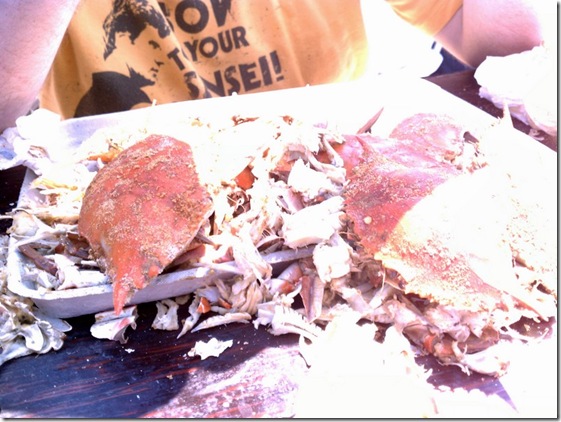 After getting a few more refills, we grabbed some yummy fried goodies for dessert. We tried both the fried Twinkies and fried Snickers bar! They were pretty good…I think the Twinkie wins since the Snickers was so heavy. But I have to say that fried Reese's is my all time favorite (even though those are a bit heavy themselves)…Twinkie on the left…Snickers on the right…. 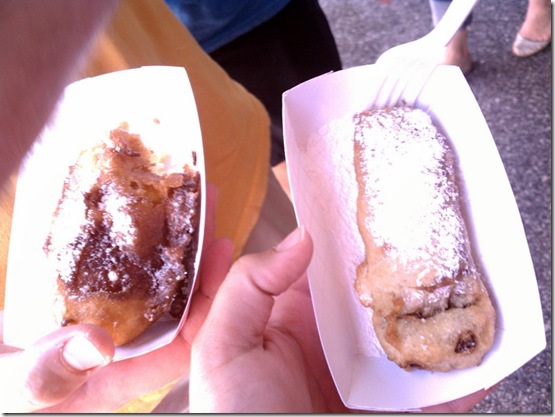 We had a great time at the festival! We were worried about it being crowded, and it was definitely busy, but it never took too long to get a beer and there was definitely enough room to move around. There were even some cool vendors. I got Milo a “Happy Meal” of gourmet dog treats shaped as french fries, a burger, a hot dog and a, and a cannoli! It was so cute!

After the fest we headed back to my place…had some fun conversation. Avi had to head out to meet up with friends but Sam joined Sarah and I and we had a great rest of the day hanging out and swimming at the pool! Keep an eye out for the Chesapeake Crab and Beer Festival next year! I would definitely go again!!