While I haven’t been the best blogger this month I have found a LOT of things to love…so much that this will be quite an exercise in editing for me! So let’s see how I do!

Stove Top Stuffing EverydayI was in need of a small amount of stuffing for a recipe I was trying (a post about which I plan on sharing soon). I was planning on buying a box of stuffing and debating if I was going to portion it out to only make the bit I need or just go the easy route and make the whole box when I cam across this little gem! 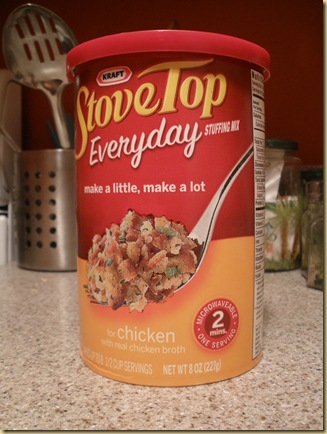 Now, like I said before, I know that I could just measure a portion of the box and add the right portion of other ingredients…but let me tell you, it felt good that Stove Top was thinking the single people/small families out there. So I guess the marketing worked on me. But really the packaging makes only making a bit of stuffing a whole lot easier. The lid seals much easier than a plastic bag in a box would, the cylinder makes it easy to scoop out the right amount of mix. And of course the box splits the ingredients for you so you don’t have to do kitchen math. As a person who usually has to do this to avoid having a ton of leftovers, I appreciate the break. So thanks Stove Top for thinking of us single-tons out there! You get some love from me!

How to Never Lose Your CameraThis guy has a great plan for if he ever loses his camera! I love it! I haven’t done it myself but it is a funny idea! Let me know if you try it out for yourself (or have other funny ideas).

TuneFindThe other day I was watching one of my favorite TV shows and heard an unfamiliar song that I really liked. However there are two annoying things about discovering music on TV. You only get a snip-bit of the song (which may not even be that useful of a snip-bit), and you have no idea what the title or who the artist is. Since this song sounded fun I decided to do a bit of Google-ing and came across TuneFind where you can search for music by TV show. It will even take you down to the episode, and then list the songs along with the scenes in which they were featured! If the song isn’t there or you don’t recognize the scene description, you can also ask a question to see if anyone knows the song. Needless to say I found the song I was looking for in a matter of minutes! So if you ever hear a great song on TV and want to know what it is…check out TuneFind!

Emotional Baggage CheckSpeaking of discovering new music, I came across this interesting website recently. On first glance it appears to be a place to either vent or give advice…but really it’s a way for discovering new music! If you are feeling really good lately, you can “take on some baggage” where you will get some emotional baggage from an anonymous person. Once you read it, you offer them a bit of advice along with a song that you’d enjoy or connect with in that situation.

On the other hand, if you are feeling a bit down…you can drop off your baggage and in a few minutes you will receive a few emails from anonymous people who have picked up your baggage and recommend a song (and sometimes even offer some kind words)! I thought the idea was really cool. No one ever sees who you are or your email (the song recommendations get sent through the site) and you get some good song recommendations for exactly how you are feeling…and a little love from some people out there.

Wonder Years on Netflix & No more QwiksterEarlier this month Netflix announced that they are bailing on their “brilliant” plan to separate their DVD mail service from their online streaming to a service called Qwikster. I did NOT love this idea…quite the opposite actually…but I DO love that they bailed on it! That’s all I have to say about that…

But Netflix did another thing this month that I love! They finally (after hinting at it forever ago) put all seasons of The Wonder Years (which was never released on DVD) onto instant streaming!! I used to love watching The Wonder Years with my dad and sisters, but since it hasn’t been on repeats in a long time and was never released on DVD it has been SO LONG since I have seen it. Watching it now not only brings back memories but I also pick up on some things that I didn’t get when I was younger. I love watching it again!

Trying New Nail TrendsA few weeks ago I came across this {post} on Cupcakes & Cashmere (a blog my friend Liz recommended!). I used to LOVE LOVE LOVE doing fun things with my nails when I was younger. Today I still like to experiment with trends and colors but I have to be a BIT more adult about it. But I really loved this idea of putting glitter on your ring finger as an accent! I actually had ordered some nail glitter (to do some experimenting) before I even saw this post so I was really excited to try it out! Here are some of my fun glitter attempts…(#1 - dark purple with purple glitter  #2 - maroon with gold glitter)… 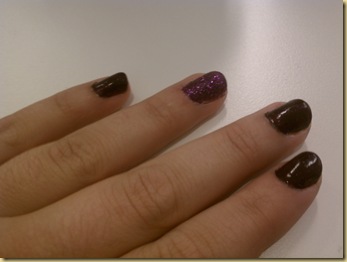 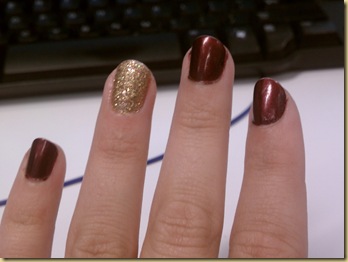 Sooo there were a few more items in this month’s Laura Loves…but you should have seen how many things that got the cut! I will probably include some of them in November! So be sure to check back at the end of the month for more Laura Loves!

PS - Happy Halloween!!!! (Here are some pumpkins that friends and I carved this weekend!) 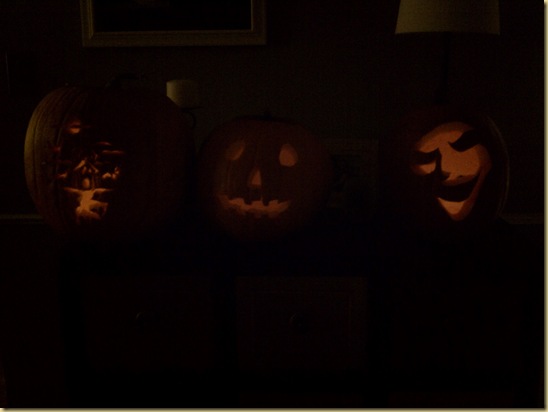