Wow…well November flew by…but I expected that. November is always one of the shorter months with all the holidays starting up. This month was also really busy with houseguests and trips so in combination with a bunch of short work weeks…November has passed by in a flash! But that means it’s once again time for Laura Loves! 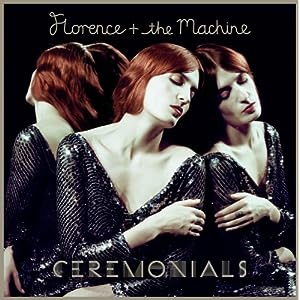 I have to admit…some of the songs were a bit strange to me at first but I have honestly grown to love the entire album in full. I still have my favorites including the song “No Light, No Light” which I think she decided to make her second single…(the video is a little odd but the song is soooo good!)….

I have learned over this past year that in this day in age of being able to buy any single song that we love, I miss the days when you really had to take more chances on entire albums from an artist you liked. Besides the few select published singles, if you liked an artist, you had to take the chance on the CD. Ceremonials is the third album I can think of this year where I took a risk on the entire album, and so far I haven’t been disappointed…growing to like each entire album. I think I’m going to start doing that even more often this coming year.

Smart Pretty & AwkwardA few months back I found this cute blog written by Molly Ford! Each day she posts tips on how to be smarter, prettier, and (less) awkward. The tips are usually pretty simple and I often come away thinking “why didn’t I think of that?” It’s a really cute and simple blog that is a fun quick read and I love it!

Enjoying the Small ThingsAnother amazing blog I found recently is not quite as short of a read as the one above…but it is just as sweet! Kelle Hampton is a photographer and stay at home mom of two of the cutest little blondie girls, one of which (Nella) has Down Syndrome. The pictures she takes are absolutely stunning! Her blog can be a fun read but if I don’t have time to read though it all…I love just looking at the pictures! I have to admit that I love the pictures even more than the blog…and she makes sure each post is full of them!

She also wrote a very moving post about when Nella was born (she is almost 2 years old now). The pictures are beautiful and the post is very touching and very real. It is a great post to read when you first visit the blog. Then the other posts are just full of fun and lovely pictures!

This Australian Ad…and a wedding!

I don’t mean to get terribly political but I think I have made it clear in a previous Laura Loves how I feel about the topic of gay marriage. I think the above ad does a great job of showing how the road to marriage is the same for both straight and gay couples. (Also…the guy is pretty easy on the eyes…oh and also…I recognize a few of those places from Sydney! FUN!).

This month I had the privilege of being part of my friend Paul’s wedding to his (now) husband Grady. It was honestly one of the most beautiful wedding ceremonies I’ve ever witnessed. I find it hard to believe that anyone who saw the ceremony would believe that their love was any less deserving of equal treatment in our society. I just can’t wait for the day when this is no longer a political issue. If you’d like to see some photos from the wedding weekend you can enjoy them {here}! (Photos were taken by various members of my family and mostly with my parents’ fancy new camera!)

(Ok stepping off my soapbox now)….but I still loved both the ad and their wedding!

Marcel the ShellOn a lighter note…I’d like to introduce you to Marcel, the shell with shoes on…

I was first introduced to Marcel by Rebecca on her blog…but this month, a year after we first originally met him, Marcel is finally back to tell us more about his little life…and well…I just love it!

He makes me smile a lot! 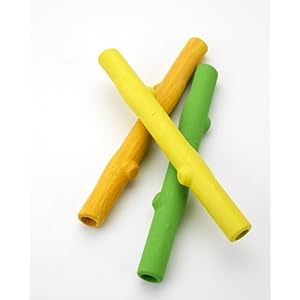 He loves to fetch it, chew it, and tug it…it is easily his favorite toy at the moment. It’s also hollow so I can try to get a snack stuck in there or put some peanut butter on the end for an extra treat! (Or even just play mind games with him by making noises through it!) And the best part is that the rubber is both flexible and durable. Milo is a pretty strong chewer…and so far this thing is holding up.

It was really cute over the weekend when we would come home and let him outside…he’d come out to greet us and then go right back inside to grab his new stick to bring outside to play.

Milo got the yellow version but it comes in a few colors and can be found on Amazon if you can’t find it at your local pet supply store! It also comes in a smaller version (the Twig) if your dog isn’t quite as big as my 80 lb goofball…

Well that’s all I have this month! Check back at the end of December for another edition of Laura Loves!!!