It seems in the past few years that people start listening to holiday music earlier and earlier. Pretty much as soon as Halloween is over…people are ready to sing some carols. I have to admit to resenting that practice. I can’t stand holiday music until after my favorite holiday, Thanksgiving, is over. But once I’ve awoken from my Turkey-induced coma…my attitude toward the music of the season does a complete 180…well…because now it actually IS the season!

Monday morning after Turkey Day I tuned into 97.1 WASH FM which has been on 24 hours of holiday music since just before Thanksgiving. As soon as I got into work I started listening to my holiday Pandora station.

It really is amazing how quickly I go from resenting holiday music to not being able to get enough of it. So I thought I’d share some of my favorite holiday albums. 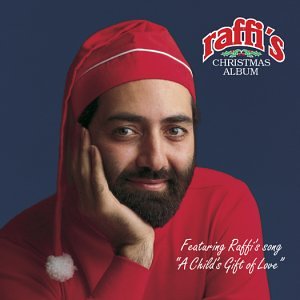 When I was younger, Raffi was one of our kid music staples, so its only natural that Raffi’s Christmas Album is extremely nostalgic for my sisters and me. Even now a days we play it on Christmas morning. If you have kids this is a fun kid album that is pretty adult friendly. Its just not quite Christmas morning if we don’t hear some of the songs from this album! But then we often move on to things like… 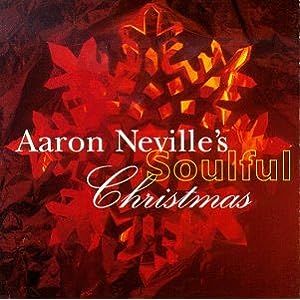 This is another nostalgic album for me, a staple in our house around Christmas time. Aaron Neville has a great voice. This album has a fun beat, particularly the track “Such a Night.” It has always been a great holiday song to dance around to while wrapping presents!

Barenaked For The Holidays 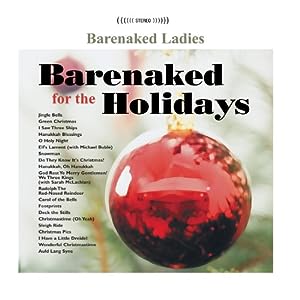 The Barenaked Ladies are one of my personal favorite bands so when they came out with a holiday album in 2004 I picked it up right away. Now it is one of my favorites. They put their own spin on some classics, have a few songs with retro sounds, and even have some originals. Two of my favorite songs on the album are “God Rest Ye Merry Gentlemen/We Three Kings” with Sarah McLaughlin and “Elf’s Lament” with Michael Buble. They also include some New Year and Hanukah songs. I really enjoy the album but since it is a bit quirky I could see it not being for everyone. If you’d like to just test it out…my holiday Pandora station is based off of this CD…just search “Barenaked Ladies (Holiday)” to start the channel. There will be a lot of songs from this album as well as other great artists. 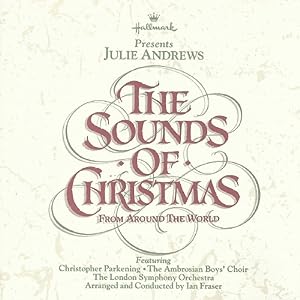 I have been a Julie Andrew’s fan for longer than I even know. My two favorite movies when I was little were Mary Poppins and The Sound of Music (and I had no idea that Mary and Maria were both played by the same woman…Julie). This album has a lot of very classic sounds and mixed with the beautiful voice of Julie Andrews…not sure its possible to go wrong. This album is hard to find nowadays but I would think that any Julie Andrews Chrismas album would be just as wonderful. 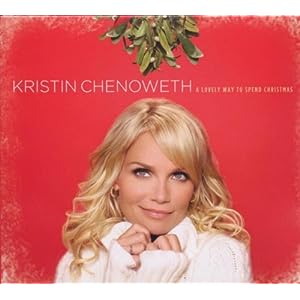 A few years ago I started thinking I should get myself a new Christmas album each year. That year I picked up Kristen Chenoweth’s album since I know she has a great voice! This is another great album. If you love the sound of Kristen’s voice, you will really enjoy this album. My favorite tracks would be her version of “Do You Hear What I Hear,” “Sing,” and “Home on Christmas Day.” There are a good mix of touching and fun upbeat songs. I think I just wish there were a few more classics on this album because of her great voice.

As I mentioned, I have started to make a habit of picking up a holiday album each year. This year’s addition… 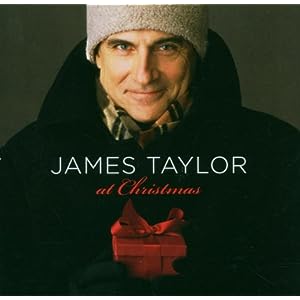 If you like the voice of James Taylor then you will definitely enjoy this album. There are a great collection of classic songs. I think this was a great edition to my collection. Love his versions of “Go Tell It On The Mountain,” “River,” and “In The Bleak Midwinter.”

What are some of your favorite Christmas or holiday albums? Any recommendations for what I should add to my collection next year?

*Note* – All album cover art taken from images at Amazon.com

UPDATE: I realized that I typed the wrong DC radio station. It is 97.1 not 94.7 (now fixed). I think I was thinking of a station in NJ whose name sounds like WASH FM when I wrote that…whoooops.

Email ThisBlogThis!Share to TwitterShare to FacebookShare to Pinterest
Labels: Christmas