I’m not sure when it started…but for as long as I can remember I’ve been obsessed with the Olympics. During the two weeks of the Olympics, it is basically all I watch. So of course as soon as I found out the date for the Opening Ceremonies, I knew I wanted to have a watch party!

As soon as I shared my plans with my friend Sarah, she found a few fun Olympic themed ideas and so we decided to prepare and host together! Here are a few of the Olympic themed things we had at our party…

DécorFor decorations, we went with a combined Olympic & USA theme. I found some star glitter to have on the tables and Sarah found the perfect 3D paper torch to hang in the living room! 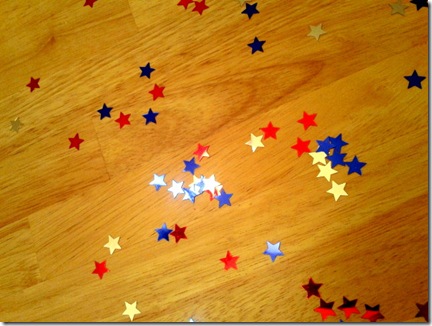 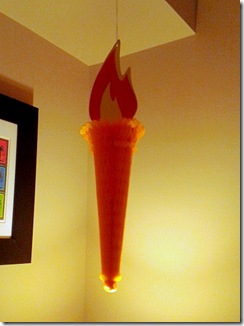 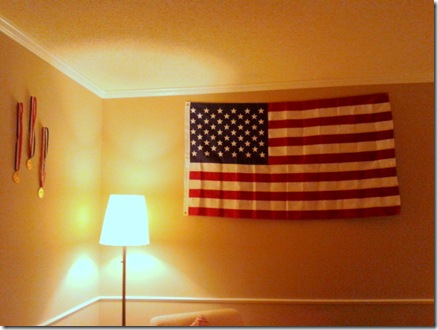 We were the most proud of our construction paper Olympic Rings! We had large ones behind the couch… 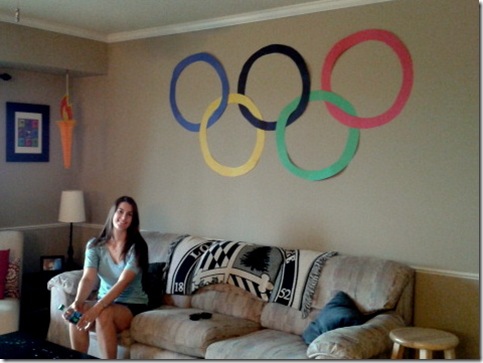 …and then managed to cut a smaller set for above the TV! 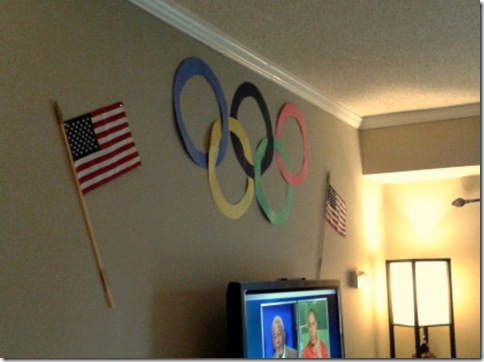 But there was one minor décor foux pas. I was so excited when I happened upon these seemingly perfect plastic cups for beverages at the supermarket… 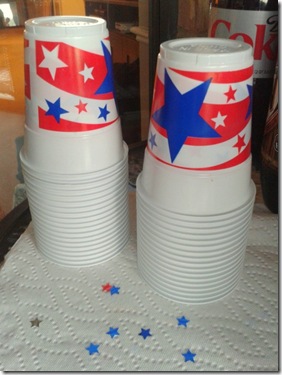 …but I was bummed when I opened the package to find that the cups were stamped with a LARGE indication of where they were manufactured. The cups were clearly not as patriotic as I had intended. 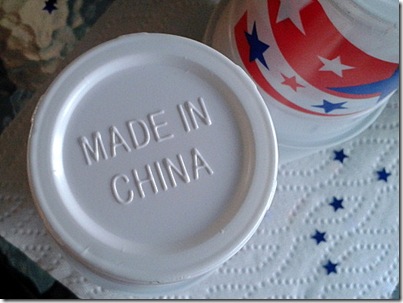 Olympic BingoI thought it would be fun to have a game to play as we watched the ceremony. Obvious choice? BINGO! 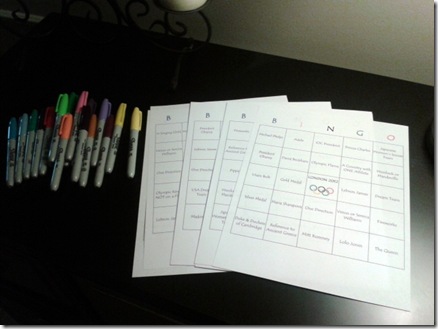 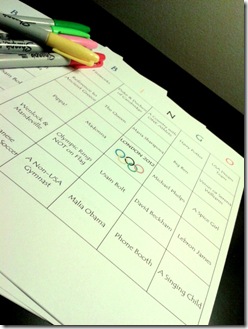 I found a lot of ideas for the bingo cards from these awesome cards by Meghan from Another Crafty Day (In Paradise). She was even nice enough to send me a few cards that she made! I wanted to add a few of my own squares so I mixed some of our ideas and formatted my own cards!

Special CocktailsInspired by this picture…we decided to create a special Olympic Ring drink. We found Life Savors as close to Olympic colors as possible and added some sparkling moscato! It was yummy! 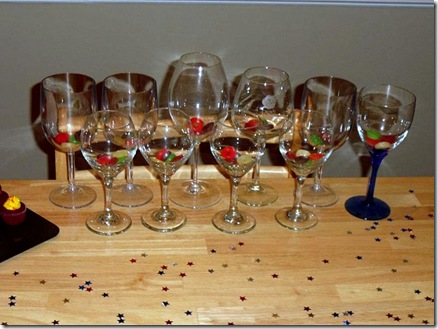 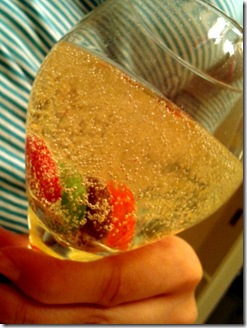 They were really good! The Life Savors actually flavor the moscato a bit. But if you let it sit too long the flavor can be a bit much so…drink up!

USA BudOf course we had to take advantage of the left over 4th of July Budweiser cans to stick with the theme! 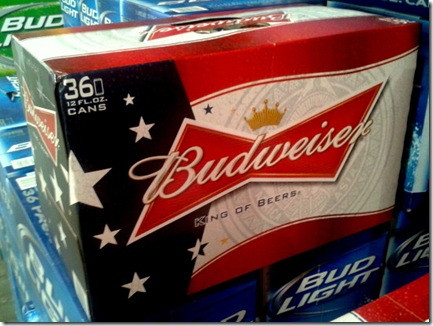 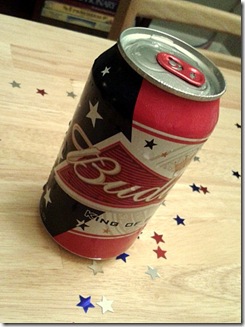 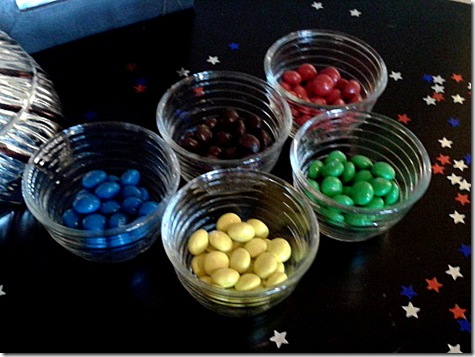 Then we had vegies and blue colored ranch dip… 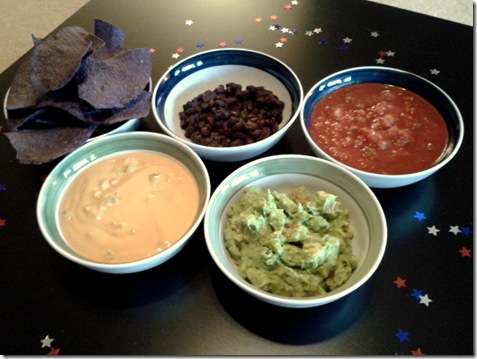 DessertBut we were most proud of the themed dessert! Using red velvet cake… 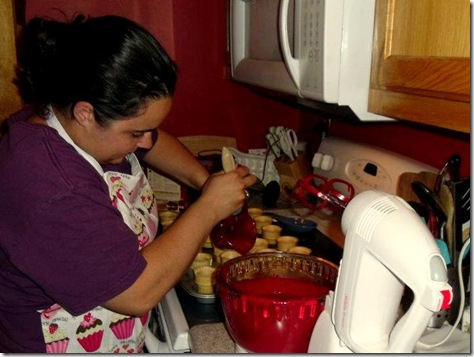 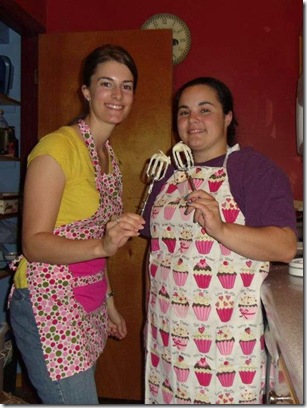 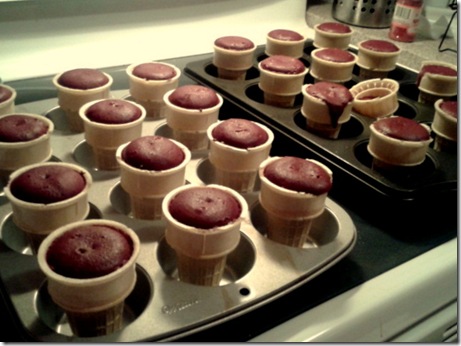 we made Olympic Torch cupcakes!!! 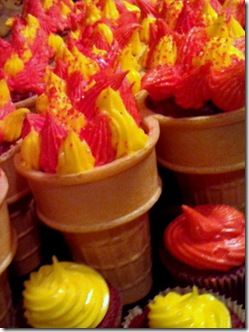 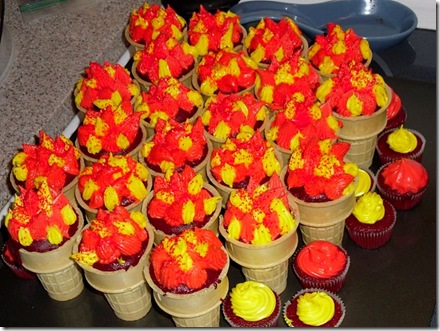 We had a fun time at the party and enjoyed the Opening Ceremonies! I thought The Queen “jumping” out of a helicopter was funny. But my favorite thing was the fireworks! The raining rings were absolutely beautiful and the firework show at the end was just spectacular!

And now I will spend the next two weeks planted on my couch as I obsessively watch as much of the Olympic Games as I possibly can. And yes the irony that the largest athletic event in the world can cause me to be so lazy is not lost on me. But like I said…I’m obsessed!