I don’t know about you…but 2013 has hit the ground running! If you look back at my birthday post, I wasn’t exactly planning for anything crazy in 2013. But January happened and as it turns out…I’m thinking this could be a pretty unexpectedly awesome year. I will be elaborating soon…but one of the fun new activities that I happened upon in January was…

Skeeball!A friend and I decided to join a local weeknight Skeeball league and it has been a BLAST! I never considered myself all that great at skeeball (does anyone REALLY?) but I thought it would be fun to join a team and get to know some new people. I’ve had so much fun! Our team is friendly, there is a happy hour, not to mention skeeball, and even free shuffleboard between games! We have even won a few matches! It has really been a great way to relax after work!

Dogs UnderwaterI have to credit my friend Sam with finding this collection of awesome photos. This photographer takes pictures of dogs reaching into water to grab a toy….from underwater! It makes for some great shots! I love them! (Link to the gallery below.)

Macklemore & Ryan Lewis – Same LoveMy personal rap music (guru?), Avi, introduced me to Macklemore & Ryan Lewis. More specifically, he introduced me to my current music addiction “Thrift Shop” which I would have put up on the blog if its hook (rap term!) wasn’t explicit. I try keep it clean around these parts. Although I must admit the explicitness is a lot of what makes this particular song so fun…I recommend it if you are looking for something amusing to listen to!

But Avi also showed me this great song by the same duo that speaks up for gay marriage and gay rights. The song is a bit slower but I think its really good and has some seriously powerful lyrics. I highly recommend it…video below!

Mary Kay Cream Eye ColorSooooo I went to a Mary Kay party over the weekend…and I intended to stay strong and try to resist purchasing too much. I went in with my guard up…and honestly the last thing I expected to be doing was raving about one of the products on my blog…..but….well clearly that is what I’m doing… 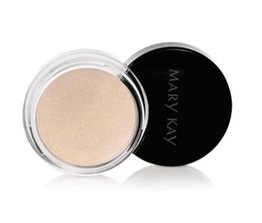 The consultant had us try out the Mary Kay Cream Eye Color in beach blonde and I love it! It is really quick and easy to apply, it stays on all day, and unlike most cream eye colors it doesn’t really go on thick so it doesn’t leave a crease of makeup in your crease. The best part about this color is that it is so subtle…that I don’t look like I’m wearing make-up…but I just have a nice shimmer on my eye. It wasn’t the cheapest…but I really do love it and already plan on buying more when I run out (which won’t be for awhile because you don’t use a lot at a time). Note that in the picture above the color looks kind of pink but its more skin tone (a bit more golden).

That’s all I have for Laura Loves this month! I’ll be back at the end of February (hopefully on a new device **fingers crossed**) with more!